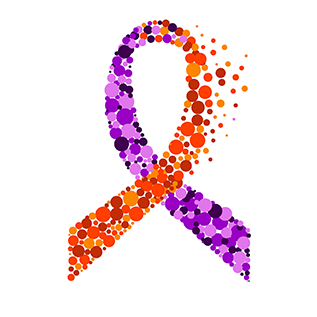 Did you know that August is Psoriasis Awareness Month?

Psoriasis is a chronic autoimmune disease that appears on the skin. According to the National Psoriasis Foundation, an estimated 7.5 million Americans have psoriasis, rendering it the most common autoimmune disease in the country. The month of August presents an opportunity to provide education about psoriasis, and dispel misconceptions associated with the disease.

The most common form of psoriasis is known as plaque psoriasis, and it appears as raised, red patches covered with an accumulation of dead skin cells. Psoriasis is not contagious, but can be uncomfortable and sometimes unsightly.

This disease is genetic, and causes the immune system to incite the skin cells to reproduce too quickly. Where normal skin cells take about 28 to 30 days to fully mature and fall off the body’s surface, skin cells affected by psoriasis take only about 3 or 4 day to mature. Instead of falling off or shedding, these fast-maturing cells often pile up and form lesions. The affected skin also often becomes very irritated and red due to increased blood flow.

Q: Is psoriasis contagious?
A: Psoriasis is not contagious, but can be unsightly and sometimes painful.

Q: Who gets psoriasis?
A: Anyone can get psoriasis at any age. People generally have their first outbreak of psoriasis between the ages of 15 and 35; however, it can appear at any age.

Q: What causes psoriasis?
A: No one knows exactly what causes psoriasis, but it may have a genetic component. Researchers believe it is a combination of genes and environmental factors that result in the development of symptoms of psoriasis.

Q: Are there different varieties of psoriasis?
A: Yes. There are 5 different forms of psoriasis– plaque psoriasis, guttate, pustular, inverse, and erythrodermic.

Q: What is psoriatic arthritis?
A: Psoriatic arthritis is a form of arthritis that is similar to rheumatoid arthritis. It can develop at any time, but most often appears between the ages of 30 and 50, and it causes the joints and the soft tissue that surrounds them to become inflamed, stiff, and painful.

Q: How is psoriasis treated?
A: There are many different treatments for psoriasis from topical creams to oral medications and injections. Your doctor can determine which treatment is right for you based on the extent of your disease and your treatment goals. Treatment options include creams and ointments for topical treatment, light therapy or phototherapy, and oral or injected medications.

If you or a family member is suffering from any form of psoriasis, our Galen Dermatology team would love to help you find a solution that offers you some relief. Get in touch today to set up an appointment with one of our providers. What better time than August, Psoriasis Awareness Month?

Dr. Christopher Lowe is a board certified dermatologist at Galen, and has been in practice since 2016. Dr. Lowe has published papers in Pediatric Dermatology, Dermatologic Surgery, and Cutis. Learn more about Dr. Lowe